The crowdfunding industry has experienced drastic growth in the past couple of years. Businesses and startups have seen the benefits of crowdfunding and have hurriedly welcomed the idea.

In this article, we will be speaking to a crowdfunding expert who works with the biggest crowdfunding agency, Ideazon.

When did the first crowdfunding campaign happen?

A British rock band was able to fund an entire reunion tour in 1997 entirely through online contributions from their fans. The band used the same tactic to finance their subsequent studio albums after raising a total of US$60,000 via the initiative.

The band had no idea that they were pioneering a modern fundraising concept at the time. The first successful online crowdfunding effort inspired thousands of others, paving the way for millions of individuals to successfully finance their own campaigns, a process made possible by the Internet’s accessibility and eventual technical advances.

Presently, where does the crowdfunding industry stand?

The crowdfunding industry has reached its pinnacle and shows no signs of slowing down. It’s difficult to predict what fundraising will be like in a few years.

According to a report from Technavio, the crowdfunding industry would rise by USD 196.36 billion between 2021 and 2025, with a CAGR of over 15%. The effect of the COVID-19 pandemic on the industry, as well as the new opportunities and threats that market players can foresee, are also discussed in the paper.

The influence will be major in the first quarter, but will eventually fade in subsequent periods, with only a minor effect on full-year economic development. The global crowdfunding industry was estimated at $13.9 billion in 2019 and is expected to grow tremendously by 2026.

First of all, I predict that there will be a transfer of authority. Kickstarter, Indiegogo, AngelList, and LendingClub, among the most common sites, should be concerned about the latest wave of platforms.

They’re developing brand-new approaches and will quickly catch up to the industry’s leaders. Also, Crowdfunding is used to represent the interests of small businesses and individuals who wished to try their hand at entrepreneurship.

From now on we can expect more major businesses and startups to use “the crowd” to try innovative market concepts and solicit input on future new goods.

What do you think the biggest challenges will be facing crowdfunding moving forward?

The potential of initial coin offerings (ICOs) has risen dramatically, especially in 2017, when projects raised massive amounts of money in a matter of seconds. I and the entire Ideazon team expect to see more of this in the future.

Do you see the number of people crowdfunding increasing?

If big organizations are looking into crowdfunding, then it is certain that the number of people, businesses, and startups that will start crowdfunding campaigns will be on the rise. 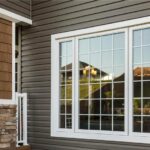 Windows are often the number one draft source in … END_OF_DOCUMENT_TOKEN_TO_BE_REPLACED 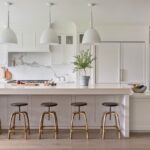 With the amount of time most people spend … END_OF_DOCUMENT_TOKEN_TO_BE_REPLACED

While selling your home is almost inherently going … END_OF_DOCUMENT_TOKEN_TO_BE_REPLACED