Unfortunately, as much as people might get married hoping that it will last forever, statistics show that it is less likely than it ever has been before to remain together forever. People married between the ages of 20 and 25 have a 60% chance of getting divorced, particularly during the time COVID19.

However, age doesn’t seem to have much to do with it as the divorce rate has doubled over the last 20 years for people over 50 years old. The fact of the matter is that people are more willing to walk away than they once were in the past. Here are some of the reasons why.

A lot of people would like to be able to stay together forever; however, they are in a toxic situation that is often abusive. Abuse doesn’t always have to mean physical harm. In some cases, abuse can be emotional or psychological. People who feel that they are a victim of abuse may not leave initially; however, after a while, they realize their situation won’t get any better.

It often starts small and starts to snowball over the years. When the victim starts to feel like there’s no way out, eventually, they seek to end the relationship. Today’s society, unlike a few decades ago, has many more resources available for victims of abuse. People feel like it’s more realistic to walk away in today’s modern society.

Married For The Wrong Reasons

Because of impulsive marriages in places like Las Vegas, a lot of people find themselves in a relationship that doesn’t make sense. People who rush into marriage are much more likely to end in divorce. Whereas people who take their time and slowly cultivate the relationship are much more likely to find themselves with someone who will stand the test of time.

The economy is shakier than ever for a variety of reasons. Although couples try their best not to let stresses like money affect their love, it often ends up getting the best of them. Financial struggles can make even the calmest of people turn incredibly anxious. Couples who allow the stress of their finances to dictate their lives may find themselves unable to rekindle the relationship.

The fact of the matter is that people are living longer than they ever did before. It’s no surprise that after a while people may get more sick of each other. Once upon a time people didn’t live past 40 years old. However, now that people are living well into their 90’s and sometimes well over 100, they may not necessarily feel like staying with the same person the entire time. Logically, longer lives mean more divorces.

Whether you have a small home with a limited … END_OF_DOCUMENT_TOKEN_TO_BE_REPLACED 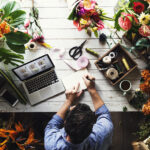